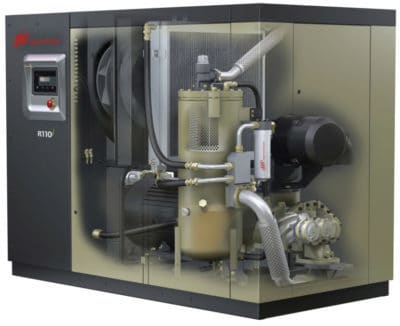 A very important question: what is a compressor? A mechanical device that can compress something is called a compressor. It increases the air pressure of any gas by reducing its volume. It’s a kind of pump. Sometimes this device is used to reduce the dynamic range of any kind of sound.

There are different types of compressor such as

Explanation of different types of compressor:

It compresses gas or air by reducing the volume of them. Displacement of the mechanical piston is considered as positive displacement which can make a machine workable. This type of compressor is the most usable compressor for Air Conditioners.

This type of compressor uses pistons by a rotating shaft made of connecting rods which converts reciprocating motion into rotational motion, called crankshaft. It also has some types such as stationary, portable, single, multi-staged, etc. Small reciprocal compressors are of 5-30 hp and are gradually seen in automobile machines used for simple sporadic work. Large compressors are of 1000 hp which are commonly found in industrial applications.

It is the most popular compressor in AC compressors. It can create a vacuum pressure on the content and its work is very much efficient.

It’s a pump with a hydrogen gas compressor which is based on a nonmetallic piston. The piston is made of any kind of positive ionic liquid.

It is a compressor made of two rotating helical screws that force the gas into a little space and it makes the compression of gas though the machine can work. They are commonly seen in commercial and industrial machinery. Its power range is huge, it can be 3 to 1200 hp. It also has some types such as oil-flooded, water flooded and dry type. The efficiency of the compressor depends on its internal air drier.

This type of compressor is very best for any kind of AC. It can make a vast amount of air cooling as it’s two rotors move helically to move the air.

This type of compressor contains some blades in the rotor. The blades slide in and out in circular or complex paths. It also has three types- oil-flooded, water-flooded and dry types. Dry types are used for huge materials works. It is one of the oldest creations of machines in the world of technology.

This type of compressor is small and it has a very important necessity in the type of noiseless AC. It’s a kind of quiet compressor because the blades rotate inside the gas-containing cylinder.

It is known as a scroll vacuum pump which is made of two interleaved vanes. Those vanes are spirally bound and those compress gases fluently. It has a lower volume range compressor and is more reliable than any other.

Mostly this type of compressor is used in LG air conditioners.

The piston of the compressor can rotate. It rolls between the compressor vane and forces the gas to change the volume. Basically they are used in air conditioners and refrigerators. In machines, they are known as rotary type compressors.

It is a compressor with a flexible membrane. Compressed gas can move by a rod’s movement which is attached to the membrane. The membrane can be made by stiff metal though it can be cracked due to large degrees of flexing. Rubber and silicon material can make a good diaphragm but it can’t make work in high pressure. In urban areas, power stations use this diaphragm compressor.

A compressor works upon inertia and momentum of gases and fluids are called dynamic compressors. It works at a particular pressure on the content.

It works with an air and water mixture. The mixture is used to go through a passage or underground chamber. The water and air become separated and the air goes to the upper chamber for water pressure. The outlet chamber let the water go out.

It has a rotating disk which can force the gas and increases its velocity. It is used in chemical factories mostly. Its power can become from 100hp to thousands. This can be used in air conditioners sometimes. Also, it can be used in medium-size gas turbine engines as a centrifugal compressor.

Only this type of dynamic compressor is used to make AC. It works by using centrifugal force to attract content gas and highly rotates the gas can it can be compressed. Mostly it is used in extra-large HVAC systems.

It is named as Diagonal compressor. It is somewhere similar to the post written compressor. But it has a radial component and an axial component which makes a difference with others. It also has 1.5 times more power than other same air pressure compressors because of those components.

It is a compressor with dynamic motion. It has fan-like foil-bodies to compress the fluid. The airfoils are orderly set in pairs and rows. Those foils accelerate the gas or fluid and make them ready for the blades. Though these have high efficiency, it’s quite expensive and it requires high-quality materials. So it is used in natural gas pumping stations, large gas turbines and chemical plants.

2. Why will we use a three stage compressor?

Ans: Between different types of compressor, the facilities of using three-stage compressor are-